We are experiencing some technical difficulties with modern.gov (comittee information) and public access (planning applications) that may result in intermittent service outage. We will aim to fix this as soon as possible and apologise for any inconvenience caused. 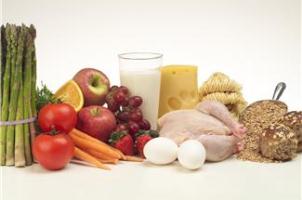 Each year it is estimated that as many as 5.5 million people in the UK may suffer from foodborne illnesses – that's 1 in 10 people. This section explains what food poisoning is and describes some of the most common germs that cause it.

More information on food borne illnesses can be found on the Food Standards Agency web site.

Germs are invisible except under a powerful microscope; hence the name micro-organisms or microbes. Microbes can be grouped according to their different structures; two common groups of microbes are viruses and bacteria. Not all bacteria are harmful – indeed many are essential for life. The bacteria, viruses and other microbes that cause illness are commonly known as germs.

Germs found in food can lead to food poisoning, which can be dangerous and can kill – though this is rare. They are very hard to detect since they do not usually affect the taste, appearance or smell of food.

The most serious types of food poisoning are caused by bacteria although viral infections are not uncommon. The more bacteria present, the more likely you are to become ill. Bacteria multiply fast and to do so need moisture, food, warmth and time. The presence or absence of oxygen, salt, sugar and the acidity of the surroundings are also important factors. In the right conditions one bacterium can multiply to more than 4 million in just 8 hours.

They multiply best between 5oC and 63oC but are killed at temperatures of 72oC. At temperatures below 5oC, most bacteria multiply very slowly, if at all. At very low temperatures some bacteria will die, but many survive and can start to multiply again if warm conditions return. That is why proper cooking and chilling of food can help reduce the risk of food poisoning.

For information and advice on how to prevent food poisoning at home see the FSA's Eat Well web site.

Germs can get into our food at any point in the food chain – from the time when an animal or food is in the field to the moment food is put on to the table to eat.

If they are allowed to survive and multiply, they can cause illness when that food is eaten.

Sometimes these germs are spread to other foods, for example via hands or kitchen utensils and cause illness when those foods are eaten. This is known as cross-contamination.

The symptoms of food poisoning can last for days and include abdominal pains, diarrhoea, vomiting, nausea and fever. The symptoms usually come on suddenly, but can occur several days after eating contaminated food. They will usually get better on their own. Your pharmacist may be able to advise on suitable remedies or contact NHS Direct. If symptoms persist contact your doctor.

Sometimes groups of people can be infected at the same time. They may have eaten at a party or restaurant or there may be a batch of contaminated food being sold in different places. In such cases an Environmental Health Officer (EHO), who is employed by Tendring District Council, will usually investigate the matter to find out the cause. The EHO will alert others to the dangers, offer advice, and where necessary prosecute offenders for breaches of food safety laws. Whenever such outbreaks of food poisoning occur or are suspected, it is important to contact the Environmental Services Food Team.

If you are unwell and suspect that it is a result of something you ate do visit your doctor and submit a stool sample (obtaining a stool specimen).   This will enable a laboratory to identify any causative organisms which will help your doctor to identify the most effective treatment and enable investigation by E.H.O's to focus on likely sources. "Food poisoning" without clinical confirmation can only be treated as "suspected food poisoning".

The Most Common Food Borne Illnesses

Campylobacter
Campylobacter can be found in raw poultry and meat, unpasteurised milk, and untreated water. Pasteurised milk can be contaminated by birds pecking bottle tops on the doorstep. Pets with diarrhoea can also be a source of infection. Campylobacter is the most common identified cause of food poisoning.

Illness may be caused by a small number of bacteria. Cross-contamination can lead to illness. Thorough cooking and pasteurisation of milk will destroy Campylobacter.

Symptoms include fever, headache and a feeling of being unwell, followed by severe abdominal pain and diarrhoea, which may be bloody. Symptoms normally take 2-5 days to appear but it can be as long as 10 days and return over a number of weeks. For more information see the campylobacter fact sheet

Salmonella
Salmonella has been found in raw meat, poultry and eggs, raw unwashed vegetables, unpasteurised milk and dairy products and many other types of food. It is found in the gut and faeces of animals and humans. Salmonella is the second most common cause of food poisoning.

Salmonella survives when refrigerated although it is unable to multiply through cooking and pasteurisation. Usually large numbers of the bacteria are needed to cause infection but outbreaks have been reported where infection has been caused by a low number of bacteria.

It normally takes 12 to 48 hours for symptoms to develop but symptoms can develop as early as 6 hours after consuming a food item with very large numbers of this bacteria. Symptoms may include fever, diarrhoea, vomiting and abdominal pain. Infection may be very severe, and in some cases may be fatal. It is particularly likely to cause severe illness in the very young and very old. Symptoms may last up to three weeks and there may be complications such as reactive arthritis. For more information see the salmonella fact sheet

E. Coli
E. Coli is a widespread organism that is normally found in the guts of animals and humans. There are many different types, some of which are capable of causing illness. One uncommon type which can cause serious illness is Verocytotoxin producing E. coli O157 which has been found in raw and undercooked meats, unpasteurised milk and dairy products, raw vegetables and unpasteurised apple juice.

Illness may be caused by a small number of bacteria, so cross-contamination can lead to illness. The bacteria can survive refrigeration and freezer storage, but thorough cooking of food and pasteurisation of milk will kill them.

Symptoms normally take about 2 days to develop but may start within a day, or take up to 5 days to come on. The main symptom is diarrhoea. In some cases, particularly in children under the age of 6 and in the elderly, infection can lead to diarrhoea, which may be bloody and severe, kidney failure, and sometimes death. For more information see the E. Coli Fact Sheet

Global and National Surveillance of Infectious Disease
Doctors are required by law to report some infectious diseases and this requirement is not superseded by GMC guidelines regarding patient confidentiality. Some infections (e.g. cholera and malaria) are monitored on a global scale so that travellers can be warned and protected, and international action can be taken to control disease. Surveillance also takes place at a national level to monitor the success of childhood immunisation programmes (e.g. polio, mumps and rubella) or to inform other control strategies such as that for tuberculosis (TB) which collects information on risk groups, drug resistance and clustering of cases to improve understanding.

To report a notifiable disease please -